As the Actress said to the Cabinet Minister… 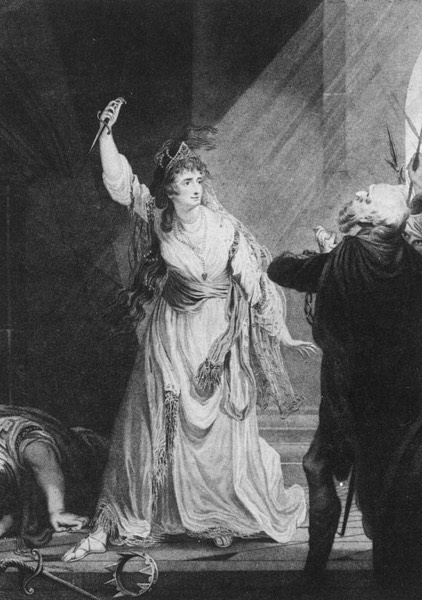 On New Year’s Day, 1785, a famous actress, a star of the London Theatre and admired by the most famous people of her day , wrote this note to a rising young politician and member of parliament: a man who was destined to become as famous as she was. She is remembered and revered to this day amongst people interested in the English stage; he is almost forgotten. This is what she wrote:

I wish you many happy returns of this day. I hope you will not be engag’d this evening for tea as I am to have a little musick but my Party does not exceed two gentlemen whom perhaps you know, with my own Fire-Side – I am sure you would like it and you can’t be (surprised?) to learn that I am truly sensible of the honour of your Society. I am flying to rehearsal and shall flatter myself that you will give me the happiness of seeing you.

Who were they? What was going on between them?

This is not a tale of scandal. So far as we know, their friendship was close, but never physical. Unlike the actresses of a previous era, whose position in Society was ambiguous, Mrs. Sarah Siddons was like a modern character actor: devoted to her craft, valued for her acting skill – not her body – and a normal, if often unhappy, wife and mother when not on the stage.

The man she had written to was William Windham, the third squire of Felbrigg Hall in Norfolk, England, to carry that name. He moved in the highest political and intellectual circles of the time: a friend of David Garrick, the famous actor and long the owner of the Drury Lane theatre; a protégé of Dr. Edmund Burke; a friend of Dr. Samuel Johnson and a leading member of the Whig Party, headed at this time by Charles James Fox.

The Status of a ‘Celebrity’

The time period of their closest relationship (between 1783 and 1787) marks the period when much of what constitutes our modern world began. What we can see through it in particular is the start of the modern cult of celebrity as an indicator of status in a society where birth counts for less than it did, and having money is no longer the only pointer to superior education, culture or social standing.

Sarah Siddon’s fame has lasted, but William Windham is largely forgotten by all save dedicated historians of the period. I hope to show that this is unjust, not only to the last “true” Windham squire, but also to a complex and attractive man who managed to shine, even amongst a constellation of other political and literary stars whose lustre has not faded.

William Savage lives near the beautiful North Norfolk coast in Eastern England and writes historical mystery novels, set in Norfolk between 1760 and 1800. The first book in the series, “An Unlamented Death“, appeared in January 2015. A second book is now in its final stages and will be published in Spring 2015.

Will is also a local historian. In that guise, he researches topics relevant to the general period of his historical writing, gives talks to local groups and societies and is a regular volunteer guide at a nearby National Trust property. He finally has time for doing all this now he has retired.

For eleven years, Will and his wife lived in the USA, latterly in southern Arizona. This experience sparked an enduring love of the breathtaking beauty of the Sonoran Desert, as well as the history of the American West, especially Native American art and culture. As a result, Will became intrigued by the figure of Coyote: the Trickster God of many indigenous cultures across western states of the USA.

Will’s book of fantasy Coyote stories – in affectionate homage to this powerful archetype of human experience – will be published later in the year.

Independent researcher and author of mystery stories set in Georgian Norfolk.
View all posts by William Savage →
This entry was posted in Uncategorized. Bookmark the permalink.
%d bloggers like this: