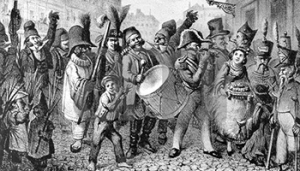 Here is another extract from ”Side-Lights on the Georgian Period” by George Paston, published in 1902. The previous ones can be found here and here.

Having shown the Georgian view of the ideal woman, I thought it only fair to include a Georgian view of men, written by a lady. What amazes me is not her indignation at the treatment of women, but her reasoning behind it. She seems to object solely on the grounds that men are not treated in the same way as women if they break social ‘rules’! Indeed, at the end she even says that she approves—‘extremely’—of the restraints Georgian society imposes on women.

Here is the whole passage.

Mrs. Pendarves[1], who was regarded by her contemporaries as a living embodiment of the feminine ideal, replies to her sister, who has accused her of working havoc among the men, “Would it were so that I went ravaging and slaying all odious men, for that would go near to clear the world of that sort of animal. You know I never had a good opinion of them, and every day my dislike strengthens; some few I except, but very few; they have so despicable an opinion of women, and treat them by their words and actions so ungenerously and inhumanly. By my manner of inveighing, anybody less acquainted with me than yourself would imagine that I had very lately received some very ill-usage. No, ’tis my general observation on conversing with them. The minutest indiscretion in a woman (tho’ occasioned by themselves) never fails of being enlarged into a notorious crime; but men are to sin on without limitation or blame. A hard case! Not the restraint we are under—for that I extremely approve of—but the unreasonable licence tolerated in the men.

Author of mystery stories set in Georgian Norfolk.
View all posts by William Savage →
This entry was posted in Georgian Society. Bookmark the permalink.
Loading Comments...
%d bloggers like this: