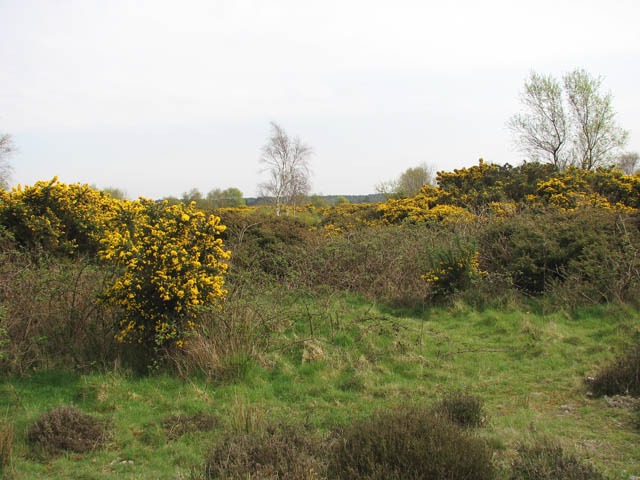 It’s tempting to focus entirely on the industrial revolution of the late-eighteenth century and miss the other revolution going on at the same time. Just as manufacturing and transport were changed for ever by the replacing of horse and human power by machinery and steam, so the same process was taking place in agriculture. Yet, in the world of animals and crops, there was an added element: the application of scientific study to the methods used to produce food from the land.

From better breeds of animals and improved approaches to husbandry and feeding to the basics of soil cultivation and improving fertility, the whole business of agriculture was transformed. What is even more interesting to me is both a local and a family connection. Many of the furthest-reaching changes in land management were first tested and proved here in Norfolk.

The system of crop rotation that grew up in Norfolk was no sudden introduction. Parts of it had been in use during the seventeenth century, if not earlier.

This system of crop rotation was no sudden introduction. Parts of it had been in use during the seventeenth century, if not earlier. It seems to have come about at the same time as the owners of estates moved away from farming their own land to leasing it out and living from the income generated.

On the poor soils and heathlands that covered much of Norfolk, especially in the north, it had long been known you could not grow cereals without intensive manuring by flocks of sheep. Instead of being allowed to roam free over wide areas, the sheep were penned in, ‘folded’, in specific areas, so that the amount of manure laid on the ground could be maximised. At other times, specific crops would be grown, either plants like clover to improve soil fertility still further, or cereals to produce profits or turnips to serve as extra feed for the sheep.

William Windham at Felbrigg Hall was doing this in the 1670s, though in bad times he sometimes reverted to farming some lands on his own account — perhaps because it was hard to find suitable tenants. He was also issuing leases which specified how the land was to be farmed, what crops were to be grown and in what rotation. This became known as the ‘foldcourse’ system.

Later historians tended to attribute these changes to the sources where they found them described most fully: people like “Turnip” Townsend at Raynham Hall, “Coke of Norfolk” at Holkham Hall and Jethro Tull. In fact, the changes were introduced both more widely and earlier, though many of these pioneers lacked the literary flair and taste for self-aggrandisement displayed by the later writers.

A Market/Rental Style of Agriculture

Much of the unrest that came about in agricultural areas in the late-eighteenth and early nineteenth centuries was caused by local people finding themselves unable to match the prices being paid by merchants in the big cities.

The other major change that came about at roughly the same period was the tendency, already mentioned, for landowners no longer to be farmers as well. By enclosing common land and improving what had been enclosed, the major landowners could turn their acres into mere financial investments. The most productive and successful tenants would be rewarded by being given larger, more compact holdings. Those who fell behind would find that their leases would not be renewed.

These large holdings sold their produce on the open market, often sending it to London, other growing cities or even overseas. Much of the unrest that came about in agricultural areas in the late-eighteenth and early nineteenth centuries was caused by local people finding themselves unable to match the prices being paid by merchants in the big cities.

Drawbacks of the Norfolk System

“Improved, scientific” agriculture was capital-intensive. The landlord’s capital was applied to better buildings, fencing and other major investments like drainage. The tenant’s capital was to be used for the actual stocking and working of the land.

Not all the changes brought about by the Norfolk System were suited to conditions in other parts of the country. Norfolk is mostly arable land, often flat with sandy, well-drained, light soils. In such areas, the manure produced by livestock might well be worth more than their meat. This wasn’t always the case, of course. Large numbers of small cattle from the poor grazing areas of Scotland were driven south to Norfolk every year. These “Scotch runts” fattened up rapidly on the rich grasses of the Broads and surrounding areas. Once they had reached a good weight, they would be driven down to Smithfield for sale and the whole process begun again.

“Improved, scientific” agriculture needed capital. The landlord’s capital was applied to better buildings, fencing and other major investments like drainage. The tenant’s capital was to be used for the actual stocking and working of the land. Someone wanting to rent a holding would be required by the terms of the lease to use “best practices” and invest in specific areas over specific periods. In the place of landowners and tenants agreeing terms with a handshake, there grew up a profession of estate managers and land agents, backed up by solicitors to draw up the legal agreements needed. Agriculture was on its way to becoming an industry.

The benefits of “scientific” agriculture were not thought to be applicable only to arable crops. The late-eighteenth and nineteenth centuries were also a time when farmers in good grass growing areas, mostly in the west of the country, turned their minds to increasing meat and milk yields by improving the breeds of cattle in use. Societies grew up to encourage the changes, awarding prizes that could greatly increase the selling price of the best livestock, whether for eating or further breeding. Once again, capital became a sine qua non for successful farmers.

The End of the Peasantry

Until the seventeenth century, Britain had been primarily an agricultural economy sustained by a rural peasantry, many of whom still practised versions of subsistence agriculture. Within a hundred years, large parts of the country were not only dependent on industrial towns for employment, they were themselves well on the way to industrial forms of agriculture. When another hundred years had passed, the process was largely complete.

This new style of agriculture was so capital-intensive for landowner and tenant that landowners were forced to see their estates as sources of investment income from whatever capital they had. Owning land still conferred status though. If it had not, the increasingly meagre and uncertain returns would have driven them away.  As it was, the richest families often drew most of their incomes from mining, manufacturing or property speculation. Even so, the remaining small-scale farmers could not afford to increase their own productivity to compete. Today’s “factory farming” is only a logical extension of the same process, supported by further improvements in the application of science and engineering to the production of food.

While historians may disagree over the approximate date when Britain changed from being an agricultural economy to an industrial one, the fact that it did is not in question; nor that we made that move well in advance of any other country in the world at the time. We have also been primarily a trading nation for longer than any of our neighbours, save perhaps the Dutch. I leave it to you to decide what effect that has had on our national culture and outlook.

Independent researcher and author of mystery stories set in Georgian Norfolk.
View all posts by William Savage →
This entry was posted in Agriculture. Bookmark the permalink.

2 Responses to The Eighteenth-century Agricultural Revolution