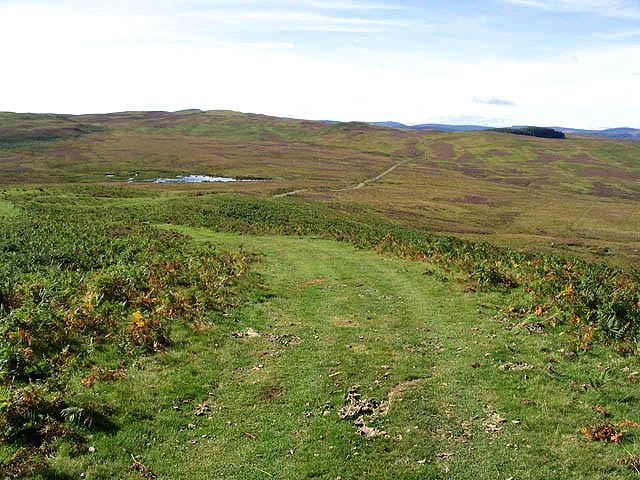 This is not a scurrilous attack on certain people born north of the border! The creatures I am writing about were cattle. Large numbers of mostly Galloway bullocks from the generally poor grazing areas of Scotland were driven south to Norfolk every year to be sold by professional drovers. The graziers who bought these “Scotch runts” then fattened them up, partly on grass, but mostly on turnips. Once they had reached a good weight, they would be driven down to Smithfield Market in London, again by professional drovers, and the whole process begun again the next year.

The cattle drovers were skilled men, capable of handling perhaps a hundred beasts on the 300-mile journey. The drovers were trusted with more than conveying the beasts safely, and in good condition, to the cattle fair where they were sold. They handled the sale and were then responsible for conveying the money back to the seller. Since it could amount to a substantial sum, in circumstances where the seller had no direct means of checking what was due, the drovers needed to establish and maintain the trust of those for whom they worked.

Norfolk was a favoured location for these transactions. The typical Norfolk foldcourse system of agriculture included the planting of turnips in the rotation. Along with the rich grazing in the river valleys and the areas around the Norfolk Broads, turnips provided a useful crop for using as cattle feed. They were being grown anyway, so using them to create an extra “crop” in terms of fattened cattle made excellent sense. At its peak, thousands of Scottish cattle were being driven south every year to be sold for fattening in this way. During the Napoleonic wars, in particular, London’s own demands were almost dwarfed by the government’s constant requirement for salt beef to feed its soldiers and sailors. It is recorded that, in 1794, 108,000 cattle were driven to London for slaughter from elsewhere in the country. Around 80% of them came from Scotland.

“They had match’d themselves together with abundance of Discretion; mix’d Fat and Lean like so many Scotch Runts in Smithfield Market, amongst the like number of Lincolnshire-Oxen, that I thought it a lively representation of Pharoah’s Dream, appearing to me as a true Emblem of Plenty and Famine: For one part of them look’d as if they had half eat up the other.” (The London Spy, 1703)

Many of the largest droves coming south from Dumfries and Falkirk were destined for the St Faith’s Fair, held at Horsham St Faiths, just north of Norwich, every October. It took the drovers around a month to make the journey from Scotland, driving the cattle by day and penning them in a farmer’s field overnight. This provided a useful extra income for farmers with suitable fields well supplied with grass to help keep the animals going. Even so, the beasts, mostly around 4 – 5 years of age, would lose a significant amount of weight during the journey. All the walking might also take a heavy toll on their hooves, even though they would have been shod before they set out, using two-part special shoes suitable for cloven hooves.

When they arrived, the drovers would need to decide whether the demand from the graziers was enough at that time, or whether it would be better to wait a few more days. Alternatively, the cattle might be moved on to another market not too far away; perhaps the Hempton Fair, held near Fakenham about 20 miles distant a few weeks after the main St Faiths Fair.

Assuming the cattle were shown for sale at St. Faiths, the graziers would be active in assessing how easy each set of beasts would be to fatten to a state suitable to attract London buyers. Indeed, alongside the cattle brought for further grazing, the fair was also an opportunity for graziers to sell those bought the previous year and now ready for slaughter. London butchers would travel to Norfolk to buy the best beasts ahead of their rivals, then contract with local drovers to deliver them safely to the capital — a journey which took about a week.

How much profit could be made on these transactions? One example can be found in the estate accounts of William Windham of Felbrigg Hall, Norfolk, covering the years 1676 and 1677. On the side of “costs” for October 1676, he notes:

He therefore made an overall profit of £53 10s overall, a substantial amount in the late seventeenth century.

When the drovers returned home, a day would be appointed for them to settle with those who had employed them and hand over the profit made. Here’s a description of such a day, covering the onward journey from Norfolk to Smithfield Market in London. Settlement was made at the Angel Inn in North Walsham in 1780, not too far from the site of St Faiths Fair.

“There was a roomful of graziers who had sent bullocks to Smithfield the previous week. The weekly journey was made alternately by the drover, J. Smith of Erpingham, and his servant. Smith sat with each man’s account and a pair of saddle bags with money and bills lying on the table before him. A farmer would sit at his elbow, examine the salesman’s account, receive his money, drink a glass or two of liquor, throw down sixpence towards the reckoning and return to the market …”

St Faiths Fair had begun around 1100 and lasted until 1872, when the ease and speed of sending cattle directly to London by rail had rendered it almost totally obsolete. It had survived wars and famines, outbreaks of foot-and-mouth disease and other disasters, fears of invasion, and many cycles between high demand and severe agricultural depression. Nowadays, it, like the great drove roads which criss-crossed the countryside, had left almost no physical traces to show its past importance.

As a child living on the borders of England and Wales, I remember my mother taking me for “country walks” along what were known as the Green Lanes: unmetalled roads with wide grass verges on both sides. Neither she nor I knew then that we were walking along some of the last remnants of the great drove roads. All are now gone, I believe, swallowed up by agricultural fields and out-of-town housing estates. I am grateful I managed to see one or two in time.

Independent researcher and author of mystery stories set in Georgian Norfolk.
View all posts by William Savage →
This entry was posted in Agriculture, C18th Norfolk. Bookmark the permalink.

9 Responses to Scotch Runts in Norfolk