Was Melancholy THE English Malady of the 18th Century? 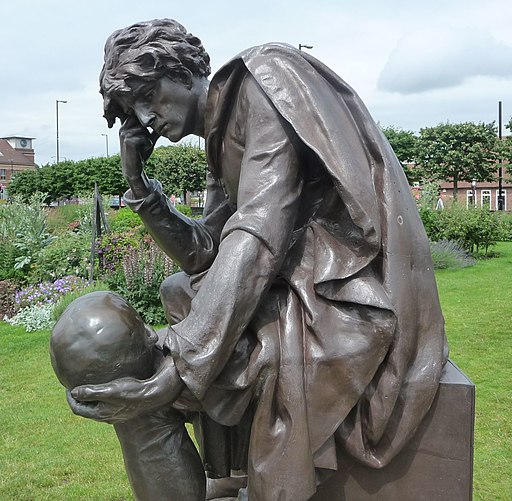 “Mine, you are to know, is a white Melancholy, or rather Leucocholy… which though it seldom laughs or dances, nor ever amounts to what one calls Joy or Pleasure, yet is a good easy sort of a state … But there is another sort, black indeed, which I have now and then felt, that has something in it like Tertullian’s rule of faith, ‘Credo quia impossible est’ [I believe it because it is impossible]; for it believes, nay, is sure of everything that is unlikely, so it be but frightful; and on the other hand excludes and shuts its eyes to the most possible hopes, and everything that is pleasurable; from this the Lord deliver us!”

Thomas Gray the Poet, writing to his friend Richard West in 1742.

“I begin to Emerge from a deep pit of Melancholy, Melancholy without any real reason for it, a Disease which God keep you from & all good men.”

“These are the dark November days, when the English hang themselves!”

The title of this post was suggested by a famous 18th century treatise, “The English Malady”, published by George Cheyne in 1733. In the preface, Cheyne wrote:

“The Title I have chosen for this Treatise, is a Reproach universally thrown on this Island by Foreigners, and all our Neighbours on the Continent, by whom Nervous Distempers, Spleen, Vapours, and Lowness of Spirits, are, in Derision, call’d the ENGLISH MALADY. And I wish there were not so good grounds for this Reflection. The Moisture of our Air, the Variableness of our Weather, (from our Situation amidst the Ocean) the Rankness and Fertility of our Soil, the Richness and Heaviness of our Food, the Wealth and Abundance of the Inhabitants (from their universal Trade), the Inactivity and sedentary Occupations of the better Sort (among whom this Evil mostly rages) and the Humour of living in great, populous, and consequently unhealthy Towns, have brought forth a Class and Set of Distempers, with atrocious and frightful Symptoms, scarce known to our Ancestors, and never rising to such fatal Heights, nor afflicting such Numbers in any other known Nation. These nervous Disorders being computed to make almost one third of the Complaints of the People of Condition in England.”

In Georgian times, violent clashes of ideology were everywhere. The inherent scepticism of melancholia—its sense of understanding the limits imposed by human fallibility; its awareness of death and impermanence—offered a gentler response to the problems of the time than bloody revolution. Perhaps that’s why there was never an English Revolution to follow the one in France: the English were insufficiently idealistic in temperament, preferring to rely on tradition and custom rather than philosophical theorising. Even today, we English are deeply sceptical of abstractions. Our nostalgia for times past is rarely compatible with what David Hume saw as the “corrupt philosophical speculation about liberty” which led to revolution.

Nevertheless, there does seem to be a quintessentially English attraction to a certain kind of wistful nostalgia that easily slips into melancholy. As far back as John Dowland, English musicians tended to write music that looks back to paradise lost, not forward to some new Jerusalem. The ‘dying fall’ in melody is extremely common in English music of all kinds.

As we shall see in a later posting, melancholy was especially prevalent amongst the educated upper class of the time, as well as those most noted for their artistic skills.

Independent researcher and author of mystery stories set in Georgian Norfolk.
View all posts by William Savage →
This entry was posted in Georgian Society, Medicine & Science, Uncategorized. Bookmark the permalink.

2 Responses to Was Melancholy THE English Malady of the 18th Century?