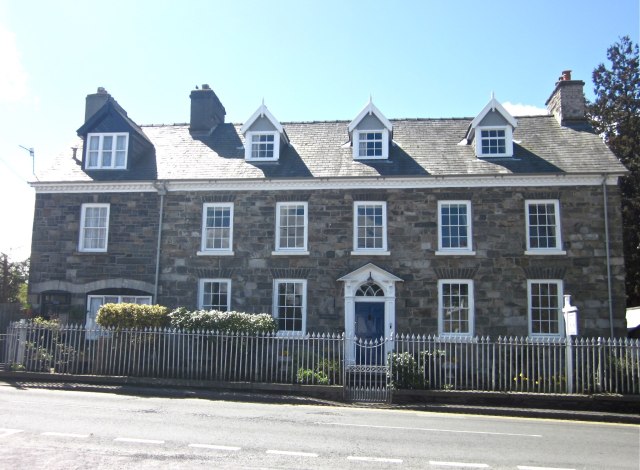 Much of what we can see today of the contents of a Georgian house is based on the largest and grandest properties of the time, since those are the ones preserved. It’s also inevitable that much of what was there originally had been lost or replaced during the ensuing centuries. Many interiors therefore owe as much to the taste of the Victorians as to that of their original owners.

One way we can get some notion of what Georgian houses originally contained is by looking at various listings for sale in contemporary newspapers. In certain cases, everything in a property was sold. Perhaps there was no heir and the property had to be liquidated and the value given to the Exchequer. Perhaps some heir had no need of the house or its contents and preferred to have the monetary value instead.

Either way, the sale listing in the local newspaper gives us a precious insight into what less grand and prestigious Goergian houses would contain.

I say less grand, because the houses of the artisans and labouring poor would have contained nothing beyond essentials. Even these would have been of little worth. The growing middle classes, however, had some wealth to spend on home decoration, as well as the desire to emulate their wealthier neighbours in the extent and opulence of their furnishings and fittings. Here’s one listing from the Norfolk Chronicle of 1781.

To be Sold by Auction, by James GARTHON, of Norwich, On Tuesday, June the 5th, Inst.

All the Household Furniture etc of Mr Edward MANN, at the Goat in Strumpshaw, Norfolk, consisting of Four-post Bedstands, Feather-beds, Mahogany and Oak Tables, Chairs, a handsome Brass Jack in a Mahogany Glass Case, and Eight-day Clock, a large Landscape in an elegant carved and gilt Frame, several capital Prints, fram’d and glaz’d, a good Assortment of China, Glass, and Earthen Ware, with sundry other Articles.

Note: The Goods to be viewed on the Morning before the Sale begins, which will be precisely at Ten o’Clock.

Both oak (probably more ultilitarian) and mahogany (highly fashionable) furniture, as well as purely ornamental items, such as the clock and the landscape and prints. The jack was a clockwork device for turning a piece of meat which was roasting on front of a fire. This one must have been especially precious to have its own mahogany and glass case for storage.

Here’s a listing of the contents of a substantial farmhouse, from the same date. It was going to take five days to complete the sale of everything, including all the farm stock and animals:

To be sold by Auction, by James BIRD, At the Dwelling-house and Farm of Mr Francis HICKS, at Breckles, near Watton, in Norfolk, on Tuesday, the twenty-seventh Day of March, Instant, and the Five following Days, (Sundays excepted) All the Farming Stock, Husbandry Utensils, Household Furniture, and Effects of the said Francis HICKS, consisting of a Dairy of Cows, several cart-horses, a Five Year old Hunter, several good Road Horses, Colts, Fillies, Sheep, Hogs, Waggons, Carts, Ploughs, and Harrows, large Iron Roll, and other Implements of Husbandry, two Post-chaises and Harness, Four-post Mahogany and other Bedsteads, with Damask Chintz, Check, Worsted, and other Hangings, fine Goose Feather-beds and Mattresses [sic], double and single Chest of Drawers, Jamb Glasses, in gilt and carved Frames, square, oval Mahogany, Dining, and other Tables, Plate, China, Linen, Books, Mahogany Bureau and Bookcase, Wilton and Other Carpets, Mahogany Chairs, with Horse Hair and Worsted Damask Seats, a very good Eight-day Clock, Festoon and other Window Curtains, three Dozen of Ivory Handle Knives and Forks, Dairy and Brewing Utensils, etc, etc-The Whole to be viewed on Monday before the Sale, and each Day’s Sale will begin at Ten o’Clock in the Morning.

Note: Catalogues to be had at the George, at Watton, the White Hart, at Hingham, the Swan, at East Harling, the Bell, at Thetford, the Crown, at Swaffham, the Crown, at Stoke, and the Place of Sale.

Again, mahogany furniture is picked out, together with luxury items like the clock, the Wilton carpet and the knives and forks with ivory handles.

To be Sold by Auction, by Richard BACON, on Tuesday the 23rd of this Instant January, and the following Days, The Neat and Elegant Furniture at the Dwelling house of Mr William COYE, Dyer, near White friars-bridge, Norwich; comprizing [sic] very good Beds and Furniture, and exceeding good Chamber Organ with Seven Barrels, which plays upwards of Forty Tunes, a very handsome inlaid Cabinet, some Plate, China, Glass, Kitchen Furniture, and Brewing Utensils. Also a small but choice Collection of Prints, fram’d and glaz’d.—The Goods may be viewed on the Premises previous to the Day of Sale. Catalogues to be had of the Auctioneer, of Mr J. WRIGHT, Appraiser, and at the Place of Sale.

This time the owner had a mechanical barrel-organ which could play more than forty tunes — a definite luxury! I wonder how loud it was and what his neighbours thought of the music.

Independent researcher and author of mystery stories set in Georgian Norfolk.
View all posts by William Savage →
This entry was posted in Georgian Society. Bookmark the permalink.
%d bloggers like this: